Everybody catches a couple of breaks. What music industry legend Jimmy Iovine did with his made him a rich and wise.

Grow Your Business, Not Your Inbox 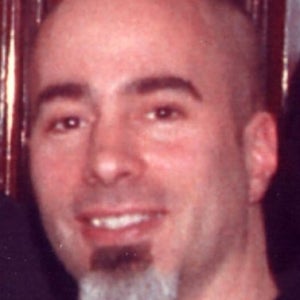 Opinions expressed by Entrepreneur contributors are their own.

“The Defiant Ones” is a critically acclaimed documentary series on HBO that debuted last month chronicling the business successes of Jimmy Iovine and Andre “Dr. Dre” Young. The pair were co-owners of pioneering rap labels Death Row Records and Aftermath Entertainment. They also founded Beats Electronics, which they sold to Apple in 2014 for $3 billion in a cash and stock deal.

The documentary shares the back story about how Iovine was able to transition from an in-demand recording engineer in the 70s (John Lennon, Bruce Springsteen) to a superstar producer in the 80s (Tom Petty, Stevie Nicks, U2) to a pioneering label owner in the 90s and aughts (collaborations with Dre as well as being co-CEO of Interscope Records) to a tech billionaire three years ago.

Here are powerful tips that startup owners in any industry can borrow from Iovine’s 40 year career, as detailed in “The Defiant Ones.”

1. Use fear to your advantage.

In 1973, Iovine was working as a go-for at New York’s famed Record Plant, one of the world’s premier recording studios. On Easter Sunday that year, Iovine got a call from Roy Cicala, one of the Record Plant’s head audio engineers. Cicala asked if Jimmy would come in to “answer the phones” during a client’s session. Much to the disappointment of his mother, who was getting the family ready to attend church, Iovine made the trip from his parents’ apartment in Brooklyn to the Record Plant in Manhattan — where he found that the client was John Lennon. Cicala and Lennon were impressed by Iovine’s drive, and the 21 year-old was invited to join Lennon’s studio team as his new assistant engineer.

Iovine was thrilled with the chance to work with Lennon, but he was also terrified: “I was in way above my head,” he said in the documentary. “Fear is a powerful thing and it’s got a lot of firepower, but for me, [the decision to work with Lennon] was the beginning of making it a tail wind instead of a head wind.”

Jimmy worked with Lennon on the former Beatle’s next three albums.

Takeaway: Whether it’s monetizing your product/service, getting your invoices paid, managing your employees, or staying ahead of your competitors, the greater the level of your responsibility in a startup, the greater the fear that you’ll face every day. But rather than being paralyzed by this fear, figure out how to tame it so that it motivates you to work smarter as you pursue greatness for your organization.

“People become successful and then get locked into the behaviors that led them to be a success,” said Bruce Springsteen in the documentary. “Jimmy was very, very good at letting go of the things that might have made him a success up to that point, but he was willing to shed them and go for something completely different… Jimmy’s career is based on a tremendous lack of fear of moving forward.”

Takeaway: When your startup prospers, the go-to for many would be to try to figure out what made the wins possible and then consistently replicate that approach. That may work for a while, but if you don’t maintain the freshness of your “secret sauce,” it will eventually grow stale and will have limited applicability to the vicissitudes of the marketplace. Instead, always stay open to new methodologies, innovative concepts, and fresh input from people who can help make your good ideas better.

Related: Your Brain Doesn’t Want to Change: 5 Ways to Make It

Thanks to chart-topping hits from Eminem and 50 Cent, Interscope was living large in the early 2000s while the music business overall was in crisis. The downloading/sharing of music files was decimating the industry’s profits, and CEOs at the major record labels had no solutions to the challenge.

“[I saw] how toast we really were,” said Iovine in the documentary. “Music — the distribution of it, the elegance, the album, the art — it was all disintegrating.”

Unlike his fellow label execs who either ignored the threat, were petrified by it or had no useful ideas to combat it, Iovine faced it head on and sought to devise creative ways to navigate this unfamiliar and intimidating terrain.

The big break happened when Iovine met Steve Jobs in 2004. He developed a new understanding of how music would be consumed and purchased in the digital era. His enlightenment inspired the development of the Beats by Dr. Dre headphones (which dramatically improved the listening experience on digital devices and sold 1.6 million units in 2008, its first year of business) and Beats Music (a streaming service that launched in 2014).

Iovine’s relationship with Apple led to the purchase of his (and Young’s) Beats Electronics hardware and software offerings in 2014.

Takeaway: When business is booming for your startup, everybody on your team looks like a rock star. But when times are tough and danger is on the rise, the solutions that you come up with will show your true value as leader. If your choices prove to be correct, your organization will become stronger and more resilient to unexpected disruption.

Jimmy Iovine’s remarkable achievements in the music, hardware, and software industries were made possible by his relentlessness, creativity and intuition. Startup owners, whether they’re selling products or services to B2B or B2C customers, should seek to infuse the lessons of his extraordinary accomplishments into their own business journeys.

Tegan and Sara Perform “Make You Mine This Season” on Kelly Clarkson: Watch

Movie Theaters in California to Close Immediately Due to Coronavirus Spike

Your form has been submitted

Thank you %NAME% for booking your reservation. A rep will call you. If you have any questions send us a email Contact@coastartist.com

We faced problems while connecting to the server or receiving data from the server. Please wait for a few seconds and try again.

If the problem persists, then check your internet connectivity. If all other sites open fine, then please contact the administrator of this website with the following information.

Some error has occured.

A.A. :Financial Resources for Musicians During The Coronavirus...