Music and coding have more in common than you might realize.

Grow Your Business, Not Your Inbox 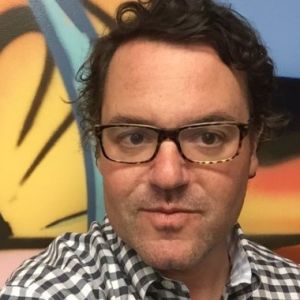 Opinions expressed by Entrepreneur contributors are their own.

Imagine a room full of PhD-educated business professionals. Seems like it wouldn’t be too exciting — just a bunch of well informed nerds. Then, a moment of intrigue when a familiar face appears. It’s Brian May, lead guitarist of a little band named Queen. Another turns out to be Greg Graffin from Bad Religion, and to the right, there’s legendary guitarist Les Paul.

A moment of confusion.

Is this the most epic impromptu rock concert ever? Or a science convention? Turns out, a large number of people star in both events throughout their lifetimes.

Related: Top 5 Personality Traits Investors Look for in an Entrepreneur

It just so happens that Brian May is an astrophysicist and the author of The Complete History of the Universe. Greg Graffin is simultaneously a lecturer in life sciences and paleontology at UCLA, as well as the author of Population Wars: A New Perspective on Competition and Coexistence. Then, of course, there’s Les Paul, the jazz guitarist who invented the electric guitar and multitrack recording. Les Paul’s inventions are the catalyst of rock and roll as an art form and the foundation of the entire recorded music industry.

I’m also the chief marketing officer of the high-tech startup Magisto, an AI-powered video creation platform with 90 million users in 125 countries. At first glance, my interests and career path strike people as amusing if not slightly bizarre, but these two seemingly disparate aspects of my life actually deeply overlap.

Related: How Jazz Music Prepared Me for Life as a CEO

At their core, both music and coding are examples of mathematical languages that, once mastered, yield amazingly creative forms of personal expression. In music the output is song, while with coding it’s often software; however, the fundamentals are the same. Each uses a mathematical composition to express oneself and to invite an audience to share his or her personal narrative. In some ways Stairway to Heaven and Minecraft are two heroically successful examples of the same mathematical and psychological process. Both Robert Plant and Markus Persson are inviting you into their world.

It’s not that music theory in itself is very mathematical, it’s that music theory is math. It’s a code, invented by the famed mathematician, Pythagoras. Beneath the sound of the notes are the numbers and rules helping to organize everything from the beat and rhythm to the tune and melody. Mirroring this is computer programing, a mathematical language that organizes and creates rules for transforming abstract ideas into wonderful creations.

Not surprisingly, both science and music tend to attract minds that can similarly translate ghostly abstractions into tangible “units” of creativity to be consumed by mass audiences. There is a reason for the jam room at Facebook’s headquarters in Menlo Park, Calif. Albert Einstein himself used to sit and play music when he was stuck on a math problem. It’s the way the brain processes.

People are often categorized as left or right brain dominant and, while there may be some truth to that, many are miscatogorized based on the output. Some of the most exceptional people are those who are able to traverse from one side to the other and use the numerical cleverness of the left hemisphere to create legendary musical compositions, or massive multi-player digital worlds with the right.

The perceived distance between these two things may also have something to do with the way they are marketed and how they are consumed by audiences. Music is marketed as an art, which it is, and sold with emotion, lifestyle, aspirations and even the dysfunction of the band. No one is discussing the merits of a song in terms of its composition and interesting use of diminished chords. The same goes with all the best technologies. The math is invisible. People aren’t leading conversations about the latest Pixar release in terms of technological animation solutions; they’re talking about the characters and storyline. The buzz around the new Xbox isn’t centered on the hardware advancements and coding, it’s all about the new graphics and audio. The entertainment experiences and emotional value are all that matter.

Related: 3 Ways to Marry Music and Technology to Grow Your Startup

There is a second layer to all of this that I find fascinating. The personalities, culture, workflow and even the business models for startups and bands are almost identical. VC firms play a very similar role to record companies. Risk-tolerant banks who expect failure and hedge on greatness also have their part in each industry. In my experience, what motivates exceptional art and engineering is not fast money, but passion, vision and a drive to change the world. A visionary leader who organizes a group of misfits that share a similar vision and, united, they set a course to defy the odds and change the world.

Most bands and startups also fail for the same reasons: personal conflict, focus on exceptional product with no market, marketing with no substance, resource constraints, retaining talent, etc. The few that manage to break through the cluttered insanity do in fact change the face of history. One could argue that the iPhone and Beethoven’s Fifth are in fact two exceptional examples of the same warped but wonderful mathematical, psychological and creative archetype. The money that follows is just the material proof that they have in fact achieved their mission.

Like many of my heros in both music and tech, I aspire to change the world. But, I will consider my life a success if I merely touch it.

10 Essential Tips For a Long and Lucrative Music Career

Your form has been submitted

Thank you %NAME% for booking your reservation. A rep will call you. If you have any questions send us a email Contact@coastartist.com

We faced problems while connecting to the server or receiving data from the server. Please wait for a few seconds and try again.

If the problem persists, then check your internet connectivity. If all other sites open fine, then please contact the administrator of this website with the following information.

Some error has occured.

A.A. :Financial Resources for Musicians During The Coronavirus...